Fargo just trailblazed its way as the first US city to use approval voting for government elections.

Approval voting lets you choose as many candidates as you want, and the candidate with the most votes wins (there is no ranking). And though the bar to beat—our choose-one voting method—is quite low, approval voting is more than just a better voting method. This simple change has a long list of advantages.

This is an exciting improvement over our current choose-one voting method that burdens us with limited options, a distorted measure of support for candidates, and winners that sometimes seem to be drawn at random.

As for the story of how Fargo came to be in this pioneering position, it’s hard to find a more heartening narrative.

In 2015, Fargo had an election rife with vote splitting. In a six-way race for a single commissioner seat, the winner won with 22% of the vote. Because of the choose-one voting method, it’s virtually impossible to tell who the best winner actually would have been.

Because of this election (which was followed by other wild elections), the city commission took steps to address the issue. It created an elections task force to look at the voting method. One of the members of that task force, Jed Limke, reached out to us at The Center for Election Science as he was researching voting method options. After getting feedback from us and exploring options on his own with the task force, the task force recommended approval voting to the commission. 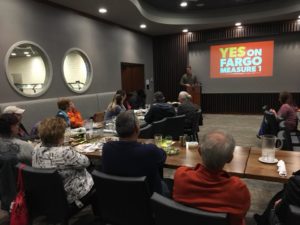 Most of us would have just sighed and given up at this point. But that was not the case with Fargo native Jed Limke. He didn’t give up.

Then Jed took real action. He built an approval voting army. Other frustrated Fargo voters raised their voices with him. Then they gathered signatures and put approval voting on the ballot. 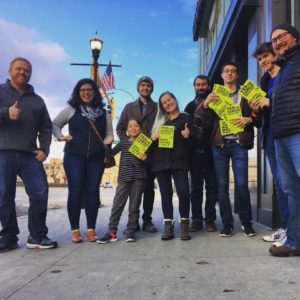 So here’s the next big question. Is your city or state next for a voting method upgrade? Make sure to let others know. Don’t let your government take you for granted and silence you. 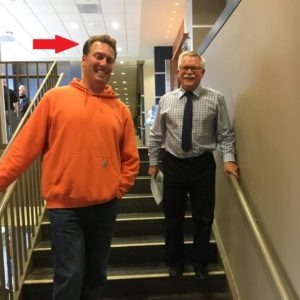