What is a voting method

So what is a voting method?

A voting method is a way to select one or more winners. It’s a combination of three parts:

(1) the information that the voter provides on their ballot,
(2) how that ballot information is calculated, and
(3) the decision and results based on the calculation.

If any of these parts is different, then you have a different voting method.

Let’s look at that first part, the information the voter provides on their ballot. 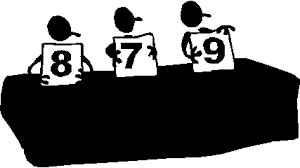 Another type of expression—also the most expressive—is to score/rate candidates on a scale. The scale could go from zero to five or zero to a hundred. Grades such as letters can even be used. Methods that use this kind of data are called cardinal methods. The method where you can choose as many candidates as you want, such as with approval voting, is technically a cardinal method too. It just has a two-interval scale for each candidate: 0-1.

Finally, if you really want to get creative you could use a combination of different types of information or use multiple layers of data collection. An example might be to ask you to vote once for a party and another time for a candidate. Another example is a voting method that asks you to provide information at one time and then come back and provide information again at another time, typically with a different set of options. A runoff is a good example. 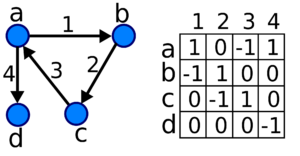 Now that you have the data, you have to do something with it. And even more than the previous part, you have limitless options.

An algorithm is just a formula that you use to process information. These formulas range from really simple to extremely complex.

The simplest process you can do with ballot information is to just add up selections. The voters chose some candidates and you’re just adding them up and ordering them from most to fewest votes. A number of methods use this straightforward summation approach, including plurality voting, cumulative voting, single-non-transferable vote, and approval voting.

If you have rankings of candidates, then you have other options. You can translate those rankings into values based on how highly voters ranked candidates on their ballot. For example, you could make every first ranking equal two points, every second ranking equal one point, and every third ranking equal zero points. The Borda Count method does this type of calculation.

Another operation you can do with rankings are to simulate pairwise comparisons, like a round-robin tournament. If you wanted to know who could beat everyone—if that candidate existed—this type of operation could give you that answer. Another operation you could do with ordinal data would be to knock off candidates and simulate runoffs. Voting methods can do this in a number of ways, but one popular method—instant runoff voting—uses this operation to sequentially knock out candidates with the fewest first-choice votes. A multi-winner method called single-transferable vote does this alongside a quota threshold to determine who is elected during these rounds.

A common algorithm that many proportional methods use is to downard weight ballot data after voters name an elected candidate on their ballot. This reweighting gives other voters an opportunity for more voters to elect someone. This approach can work with any type of ballot data.

Here, we’re talking about the number of candidates selected as a result of the algorithm. It’s implied that when the algorithm associates values with candidates that those values and candidates are ordered. The candidate(s) with the highest value—however that’s measured—wins. The decision process elects one person if it’s within a single-winner voting method. If the method is multi-winner, then as many people are elected as there are seats to be filled. This might take place over rounds or be the candidates at the top of an ordered list according to the algorithm.

In other cases, governing bodies can use this information to make other determinations such as whether a party qualifies for official party status, which can then affect later ballot access. Unfortunately, some systems don’t do a good job reflecting losing candidates’ support in a way that’s easy to understand. And other methods, while making that support clear, shows information that’s highly distorted because of issues inherent to the method. Plurality voting is a good example of a voting method that creates distortion because it dissuades voters from supporting candidates who aren’t perceived as frontrunners. 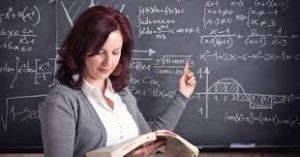